A Rest Before the Walk 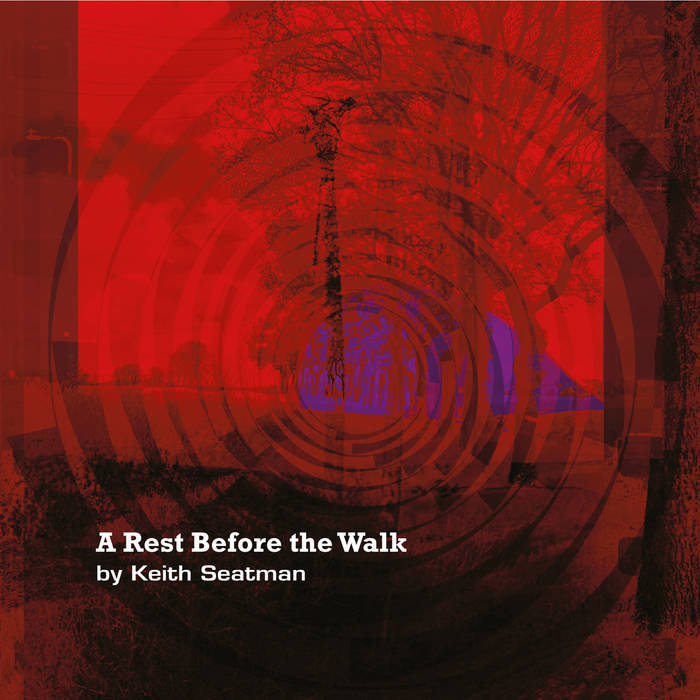 Jason Newton Queasy, unsettling nostalgia. If you like Advisory Circle or anything from Ghostbox, this album is a must, Favorite track: I Wish I Wish I Wish.

Keith Seatman's science fiction landscapes explode with meekness that is undiscriminating as it is enthusiastic. Seatman is a talented sound designer, and it shines on his instrumentals. The icy disco sparkle and spare beats of I Wish I Wish I Wish over a sample of a breathless young girl lean toward something Chris & Cosey might have come up with. Once More with the Whirligig combines a folk-rhyme tongue twister chant with the kind of daddy-o cool, finger snapping hepcat pastiche of Angelo Badalamenti's Twin Peaks soundtrack.
Wire Magazine 383 Jan 2016

There are plenty of standouts among the 14 tracks, but none more head-turning than the snappily titled ‘Along The Corridor 1st On The Left Room 2882’, which bottles the thrill and fear of the chase with adrenalised menace. We hear fast-paced footsteps in the dark, an old
telephone endlessly ringing in some distant room and an increasing sense that our pursuer is closing in. Brilliant.
CARL GRIFFIN (Electronic Sound Magazine Dec 2015)

Keith Seatman is someone whose music I first heard in the context of my old experimental music zine, ‘WonderfulWooden Reasons’ and who’s album left me craving more. His latest, ‘A Rest Before the Walk’, is an utterly glorious selection of filmic folk and ghostly electronica that is utterly mesmerising from first to last.
Wyrd Britain (Nov 2015)

‘A Rest Before the Walk’ is an essential listen, its tracks not only standouts on their own merits but also expertly interwoven into a coherent, effective overarching mood as a whole. Seatman has produced perhaps his best album to date and, given his earlier work is also indispensable and a must have, this is significant. Some might call this music hauntology, others electronica; what it is is a damn fine album that you need to hear.
The Active Listener (Oct 2015)

Those of you fancying some creeping dread psychosis purred disturbia in readiness to celebrate the season of death / rebirth will probably have to dig deep to find anything as out there, strange and eerie as Keith Seatman’s sinisterly shadow smothered ‘a rest before the walk’.
On the sets three lightest moments – ‘broken folk’, ‘my morning ritual’ and ‘a rest before the walk’ Douglas E. Powell features applying vocal duties to such exquisite effect that on second named track something disorientating approaching Edward Ka-Spell donning youthful Peter Gabriel skins emerges while the latter mentioned woozily wanders into the fracturing shadow lands of Komeda albeit as though spirit guided by some hitherto dark twin of the Superimposers.
The Sunday Experience (Oct 2015)

A Rest Before The Walk is a much bleaker album than Around The Folly And Downhill with a less pastoral feel and a starker, colder ’80s mood befitting the Sheffield bands or apocalyptic sci-fi and
slasher movies scores of the same time.
It’s far from easy listening, but, like many of the Ghost Box releases, it washes over you like a fever dream and captivates the senses.
Jon ‘Mojo’ Mills (Shindig Magazine Issue 51 Oct 2015)

‘’From the Old Road take the track to Sidebottom Fold Farm at the foot of Wild Bank; through the gate and into the field, under the pylon that fizzes and crackles loudly on rainy days, up to where the heather (thick with flies in late summer) begins. Over the dry stone wall and left along the rutted path to the disused rifle range with its raised banks and collapsing concrete bunkers; a bleak, melancholy place that is gradually being reclaimed by the land. Corroded round casings are still plentiful, embedded in the sandy earth, even though generations of children have collected them by the handful.’’
‘’We walk at different rates, often suggested by location, terrain, need and ability. We move about our homes at a particular ‘indoor’ pace, but there are interior spaces such as hospital corridors and station concourses that invite an outdoor rhythm and speed.’’
’To an extent all our walks are coloured by a degree of prior knowledge and awareness. Some locations and the routes we take are however so heavily loaded with particular memories or associations that our experience is profoundly affected by them’’
Extracts from ‘Walk’ 2015 by Greg Palmer.
Artist and Associate Lecturer on the B.A. (Hons.) Fine Art course at Southampton Solent University & the M.A. Illustration course at Kingston University.
testtransmissionarchive.blogspot.co.uk/2015/08/extracts-from-walk-2015-by-greg-palmer.html

Keith Seatman has recorded sessions for The Garden of Earthly Delights radio show and has been played on BBC Radio 6 music's The Freak Zone & Gideon Coe Show, BBC Radio 3 Late Junction, The Phantom Circuit, The Garden of Earthly Delights and NTS Radio Alien Jams. North Devon Singer Songwriter Douglas E Powell contributes Vocals and Words to 3 tracks on the album. This collaboration came about after a visit to Douglas’s recording studio, Twister Valley Records in North Devon to spend the weekend immersed in music, writing and gathering field recording’s whilst rambling the countryside and beaches of North Devon. The product of this weekend’s folly was My Morning Ritual, Broken Folk and A Rest Before the Walk.
As on the last album Around the Folly and Down Hill, additional production and audio advice is by Jim Jupp (Ghost Box).

Keith Seatman is a musician, DJ owner of some synths, records and all manner of old tat and always a tad lost. Former member of the band Psylons,
Has recorded sessions for The Garden of Earthly Delights and has been played on BBC 6 music's The Freak Zone and Gideon Coe show BBC Radio 3 Late Junction The Phantom Circuit and NTS Radio Alien Jams. ... more

Bandcamp Daily  your guide to the world of Bandcamp